The best views of Montréal 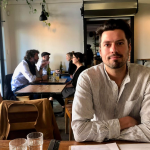 Whether or not you’ve ever been to New York or Paris, you doubtlessly know their skyline personalities by heart from the movies. Finding a panoramic point of view on a new city is a ritual that’s often the first step of any trip. Not only can you post it like a virtual postcard on Instagram to announce your arrival, but you can get your bearings and an overview of the adventures to come.

Montréal is not one of those cities that has a hundred places to see it from, so here’s our curated collection of its most gorgeous perspectives. It includes both well-known lookouts and well-kept secrets, natural and man-made views, some for free, and others for a fee.

It’s pretty obvious that if a city has a mountain in the middle, that mountain’s summit will offer a fantastic view of the metropolis. The Kondiaronk lookout in Mount Royal Park offers the iconic, postcard-perfect view of downtown Montréal and beyond. Meanwhile, the park’s more modest Camilien-Houde lookout gives a great view of the city sprawling eastward out to the Olympic Stadium.

The Outremont Lookout is located on the north side of the mountain, a few minutes walk from the Édouard-Montpetit metro station in Outremont. A well-kept secret, unknown even to most Montrealers, it offers a spectacular view of Mile End and the North-East of Montreal from the top of its 211 meters.

Interesting fact! Mount Royal Park was designed by Frederick Law Olmstead, the same landscape architect behind New York City’s Central Park. There’s a big difference between the two parks however. While Central Park fences nature off within in the straight lines of the Big Apple, the natural wonder of Mount Royal overflows its boundaries and makes its way into the city.

An architectural marvel to some, and the white elephant of Québec to others, you must see the retro-futurist Olympic Stadium and form your own opinion. Its mast is in fact the world’s highest inclined tower, and from the top, you enjoy an epic view of the city. You don’t have to climb to the summit by foot, as a funicular with a panoramic view of its own takes you to the summit in a few minutes.

Montréal’s first contemporary skyscraper (which is in the form of a cross, as the city had not yet separated from the Church’s influence when it was built) is a hop and a jump from the Saintlo Montréal hostel. Whereas Mount Royal’s view overlooks downtown, the Place Ville-Marie towers over the city right from the epicentre of downtown and offers a 360-degree panorama.

Since the observatory is closed, you can enjoy the view by treating yourself to a good meal at the restaurant Les Enfants Terribles, one floor below.

Like many international cities, Montréal has an observation wheel: La Grande Roue at the Bonsecours Basin in the Old Port. Or for free, you can check out the Grand Quay, a cruise ship terminal with a rooftop patio that’s accessible to the public. You’ll get a view of the heritage buildings of Old Montréal in the foreground, the modern downtown towers behind, and Mount Royal in the background. On the river side, you can see the Jacques-Cartier Bridge, the cubes of Habitat 67 and the Silo No. 5, an abandoned heritage site that’s as poetic as it is huge.

This park, neighbouring Habitat 67, is formed of a point of land that reaches to the middle of the Saint Lawrence River, facing the Jacques-Cartier Bridge and Old Montréal. For the most beautiful views of Montréal, you can bike there from the hostel. Just ask us how to get there.

The views of downtown from the Samuel-de-Champlain Bridge in the west and the Jacques-Cartier Bridge in the east are epic. As the bridges are several kilometres long, the best way to get to them and take in the city is by bicycle. Again, we’ll give you directions.

The sculpture garden at the Canadian Centre for Architecture (free)

Located a few minutes by foot from the Saintlo Montréal hostel, this little-known outdoor gallery displays the eccentric sculptures of Montreal artist and architect Melvin Charney. They’re a surreal take on the “upper” bourgeoise and “lower” industrial, working-class parts of the city. The CCA and its garden of sculptures are located on the grounds of 19th Century mansion in the southwest of Montréal, the cradle of early industrialization in the country.

Eight things to do outside in Montreal this summer 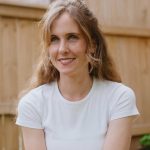 10 tips for your move to Montréal

The best views of Montréal